Daniel serves as an Associate Director at Think Fun Camps. Daniel has a honors B.A. in Philosophy from the University of British Columbia, and currently serves as an Associate Director for the Vancouver Institute of Philosophy for Children.
Daniel was involved in third-world aid in Rwanda in 2009, and was employed in 2013 at University of Alberta running philosophy camps. Throughout these years, Daniel has spent most of his time working with, and supporting, children with disabilities in his community, and presently practices with the West Vancouver School District.
Daniel’s primary philosophical interests include moral education, moral motivation, animal ethics and the politics of identity. Daniel also has developed a keen interest in the potential immersive gameplay has for education. 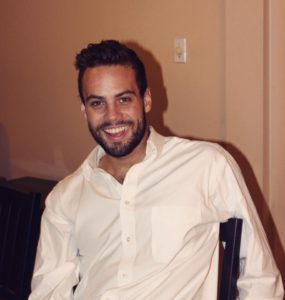